I remember getting my very first road-worthy bike when I turned five. It was a lime-green, three-speed with chopper-style handlebars, a long, metallic sparkling banana seat, and a tall “sissy bar” back rest. So 1970’s!

That bike changed my world. I could go anywhere. Of course, anywhere was relative when you’re five. I lived in a tiny, East-Texas town with a population of less than 200. There was one small convenience store where we’d hang out with friends, and two main roads in and out of town.

Those early days on my bike were probably where my lifelong love of cycling began. I’ve been taking roads less traveled ever since.

A year later, we moved to an Austin suburb. I rode my bike to school, to piano lessons, to the store, to my friends’ houses, and pretty much everywhere else a kid would go. One 4th of July, my older brother and I lashed our two new 10-speed bikes together with 2×4’s to create a “float” as our family entry in the neighborhood parade. It held together…mostly.

My teenage years included many weekend rides through the Central Texas Hill Country—the same hills where Lance Armstrong trained for his professional cycling career. These were beautiful and technically challenging rides with long, slow, grinding climbs and thrilling, high speed, winding downhills where I prayed my tires would grip the road and not blow out. 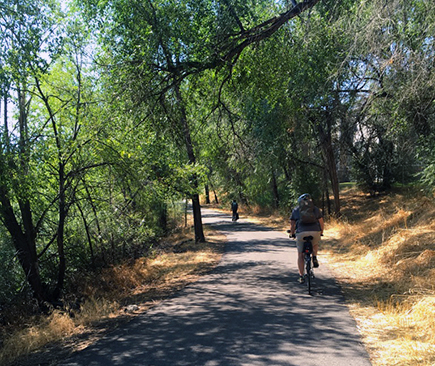 Biking on the Jordan River parkway.

Later, I spent two years in Norway as a Mormon missionary, where I was introduced to the world-renowned bicycling communities of Scandinavia. I was amazed that entire societies could live relatively car-free. I loved the look and feel and vibrancy of those cities and towns, with streets full of people. I was sold.

I returned to the U.S. to dive into study of architecture and urban planning at the University of Texas. There, I learned about the growing negative aspects and impacts of car-centric culture, from sprawling suburbs and their enormous ecological footprint, to lack of physical activity and its associated health risks, to acute air-quality challenges induced by toxic tailpipe emissions, to the loss of physical beauty of cities with little social cohesion or community character.

The summer I graduated and married, I bought twin bicycles for my wife and me. We enjoyed riding trails and byways in Texas, New Mexico, and Colorado on our honeymoon. The mountain-biking scene was just expanding beyond its infancy, and we saw many Rocky Mountain winter ski towns starting to capture the summer season bike-culture craze.

The honeymoon ended in Utah and we began our professional careers. I experienced my first winter inversions and summer ozone spikes. Here, my love of cycling quickly evolved from a weekend passion to a fulltime interest and professional endeavor. I’ve spent nearly three decades since then working with local governments in Northern Utah and around the West to develop policies and infrastructure that expand urban and rural cycling facilities.

As an adjunct instructor in urban planning at the University of Utah, I introduce students to the idea that, “When you build cities for cars and traffic, you get cars and traffic. When you build cities for people and places, you get people and places” (Fred Kent, Project for Public Spaces). I challenge them to bike to class, to work, and other daily activities, and we identify where the missing pieces of bike networks and facilities exist. More importantly, I encourage them to become champions of change in the communities where they live today, or wherever their life and career paths take them. 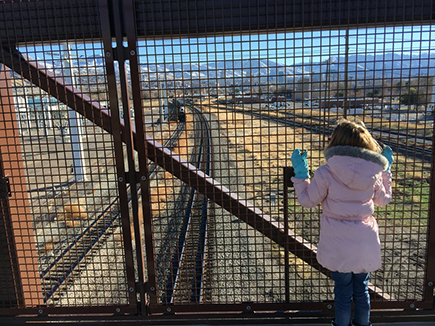 Not one to shy away from taking my own advice, I have also spent much of the past 25 years as a champion for change in my own city, Salt Lake City. I’ve seized opportunities to shape public policy and implement improvements in roles with citizen advisory boards, two terms on the City Council, and a decade working with the Jordan River Commission, where I now serve as its executive director. My aim has been to build a first-class bicycle-friendly city equal to our reputation as one of the great outdoor recreation destinations in the world.

We’ve made a ton of progress in that time, adding more than 150 lane-miles of bicycle facilities, I championed policies and projects such as “complete streets,” initiated dozens of experimental bicycle infrastructure projects, led development of the Clear the Air Challenge, and launched the GreenBike bike share program downtown (and am currently working on its expansion further throughout Salt Lake County).

Last November, we celebrated completion of the bridge between North Temple and 200 South on the Jordan River Parkway Trail. This was not only the final project to complete the 45-mile trail between Utah Lake and the Great Salt Lake, but also connects over 100 miles of continuous, non-motorized trail from Provo to Ogden, now the longest paved urban trail in the United States.

I’m a big believer that “if you build it, they will come,” when it comes to bicycle infrastructure. The magic is happening. Biking in our city and region is easier than ever. It’s safe. It’s reliable. It’s affordable. It’s healthy. It helps air quality. And it’s fun. And if you see something that needs improvement for cyclists, come see me and we’ll work together to make it happen.

Join me this month for the Clear the Air Challenge. I’ll see you on the streets and trails! I am the Executive Director of the Jordan River Commission.