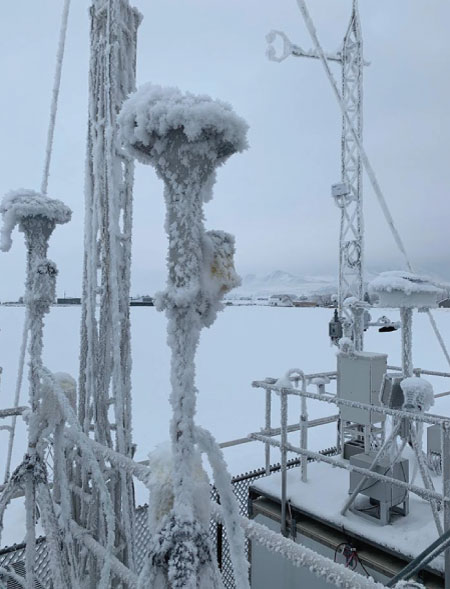 Cache Valley was the only location to exceed EPA’s air quality standards for PM2.5 during the 2019-2020 inversion season.

After months of cold and storms, sunshine and flowers have replaced short, gray days. Snow drifts have given way to blooming tulips.

With this change, the Utah Department of Environmental Quality’s Division of Air Quality called an end to the 2019-20 inversion season and stopped issuing its Action Forecasts for PM2.5 pollution on March 31. The forecasts for PM2.5 will return in November.

During the winter, the Division of Air Quality issues two types of forecasts: Action Forecasts and Health Forecasts.

During Voluntary Action, it is likely pollution levels will climb close to a point where it is unhealthy for some residents. At this level, people are asked to take steps to cut pollution before things get worse. Some suggested actions include not burning solid fuel and using TravelWise strategies to help reduce automobile emissions.

The second type of forecast is the Health Forecast, which warns people of how the highest pollution level of the day will affect their health. These are the popular green, yellow, orange or red ratings and are based on how much PM2.5 pollution is currently in the air.

How is air quality measured?

Pollution called PM 2.5 is the main concern during winter in Utah’s northern valleys. PM2.5 is the concentration of microscopic particles less than 2.5 microns in diameter. These particles are about 3% of the diameter of a human hair. At this size, particles are small enough to lodge deep inside lungs. Once inside, the particles can cause pulmonary and cardiovascular threats.

These particles come from vehicle and motor exhausts, as well as smoke from burning wood, oil, or coal.

The Division of Air Quality uses instruments on the ground to collect information about pollution levels. The most commonly used, and most accurate, are filter-based monitors.

To determine air quality, a known volume of air is pumped through a filter of a known mass for a specific time period. Then the filter is collected and weighed. Air pollution levels are determined by measuring the weight of the filter after sampling minus the weight of the filter before sampling and dividing it by the total volume of air. This process is referred to in air quality jargon as the “gravimetric analysis.”

This process takes several days to accurately analyze the data. To provide information sooner, continuous air monitors feed data to residents at air.utah.gov and through the UtahAir app. Although these numbers cannot be used for regulatory purposes, they provide a snapshot that informs residents about what is happening day-to-day.

How bad was the air last winter?

Last season, exceedances of the Clean Air Act were few and far between. The only spots in Utah’s air monitoring network where pollution levels jumped higher than The US Environmental Protection Agency’s standard were two days in Cache Valley and one day in Salt Lake City.

Between November 2019 through March 2020, the Intermountain West was under a weather pattern that presented regular, almost weekly, storms. These consistent storms mixed out pollution every few days. Inversions, however, would set up right after these storms, they never lasted very long and the prolonged inversions of other years didn’t materialize.

Weather, however, wasn’t the only reason we saw better air. Utah residents have taken air quality seriously. Efforts by citizens and regulators alike have resulted in improved air quality in Northern Utah. In 2019, EPA re-designated Northern Utah “in attainment” of the Clean Air Act.

To keep an eye on air quality, and to learn more about what you can do to reduce emissions, check out the daily forecasts provided by the Department of Environmental Quality at air.utah.gov and the UtahAir app.