The open house—from 5:00 p.m. to 7:00 p.m.— is an opportunity for members of the public to learn more about ground water remediation at TEAD, express any concerns, and offer their views on preferred treatment methods. TEAD and DSHW will consider public input in the selection process for remediation technology and may make changes based on feedback from the public.

A third corrective measure, monitored natural attenuation (MNA), is also being considered for future cleanup actions. MNA relies on natural processes to reduce concentrations of contaminants in groundwater. Regular monitoring ensures that the contamination does not migrate off-site.

There are three distinct chlorinated solvent plumes at TEAD:

TEAD operated its GWTP from December 1993 to June 2004, removing approximately 5,900 lbs. of TCE during its operation. TEAD deactivated the GWTP in 2004. Assessments of TEAD found additional source areas of TCE that could not be treated using the GWTP.

Under TEAD’s Corrective Measures Study and Implementation (CMS) for its post-closure permit, the facility must develop corrective measure alternatives based on health and environmental criteria, EPA guidance, the Resource Conservation and Recovery Act (RCRA) Facility Investigation, and statutory requirements.

The CMS recommends SVE/AS remediation for identified sources of contamination and MNA for diffuse portions of the plume. 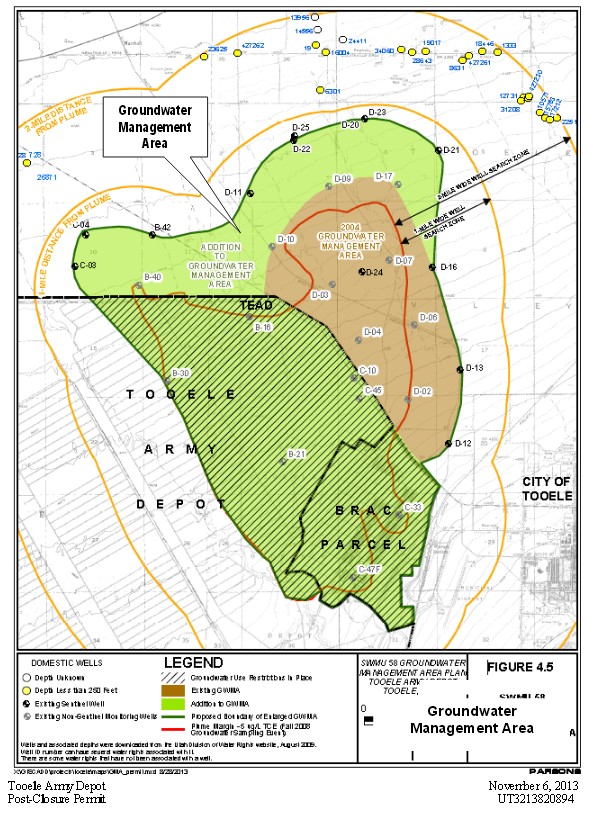