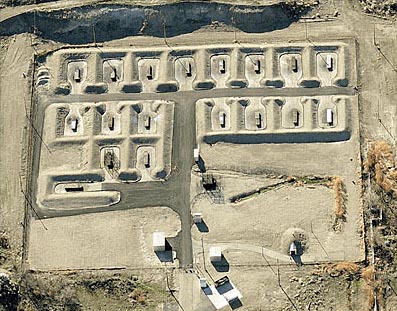 ATK has operated hazardous. waste storage and treatment (open burning) units at the Bacchus Facility under interim status since 1980. The regulated units are located on Plant 1 and NIROP. Plant 1 has four regulated hazardous waste storage units, one that is used to storage chemical waste and three that are used to store waste explosives. The Division issued a Part B Hazardous Waste Storage Permit (unofficial permit) to ATK for the Plant 1 units in September 2008.

Under the direction of the Division, Hercules began corrective action activities at the Bacchus Facility. in 1985 with a series of interim measures. Hercules and the Division entered into a Consent Order in 1988 t. resolve enforcement actions and provided a framework for a facility wide. corrective action program. With the issuance of the Part B permit for the Plant 1 operations, the Division had absolved ATK of its responsibilities under the Consent Order by incorporating. the facility wide corrective action program into the Permit. Module. IV (88 KB) outlines the process and schedule. that ATK will be required to follow to complete the investigation and closure of the Bacchus Facility Solid Waste Management Units (SWMUs). Module (68 KB) specifically addressed the investigation and remediation of the groundwater contamination of Groundwater Management Unit (GWMU). 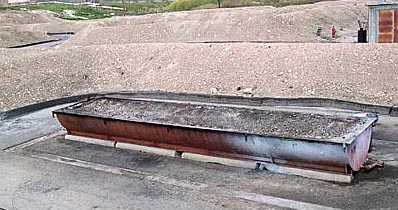 The Division completed a RCR. Facility Assessment that identified Solid Waste Management Units at the site in 1989. Since 1989, ATK has conducted several interim. corrective measures and developed a RCRA Facility. Investigation (RFI) Work Plan. Due to the large number of sites requiring investigation, the Division requested ATK to prioritize SWMU. (Solid Waste Management Units) and recommend that the high priority SWMUs be investigated first. ATK completed the prioritization effort and the RFI Work Plan was approved by the Division in June 2004. ATK has completed its initial investigation of the Group 1 SWMUs, Group 2 has bee. investigated and closed, the Sampling and Analysis Plans (SAP) for the Groups SWMUs and spill sites: SP-3, SP-4 and SP-5 have been approved and implemented.

While the Bacchus Facility. continues its efforts to complete its investigations of the SWMUs and GWMU, the Division concluded an Environmental Indicator Determinations for the Groundwater (545 KB) and Human Exposure (352 KB). This assessment determined that all groundwater and human exposures to the contamination are currently under control.

If you have any questions concerning compliance, permitting or corrective action at ATK, please contact Hao Zhu (hzhur@utah.gov) (801) 536-0249.