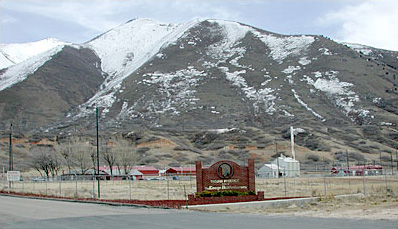 Prior to closure of the plant, Ensign-Bickford had decided not to pursue obtaining a permit to open burn reactive hazardous wastes. The facility had undertaken efforts to minimize the amount of waste generated and had made arrangements to send any accumulated wastes off-site to an approved hazardous waste management facility. Through these efforts Ensign-Bickford was able to cease on-site treatment of all production wastes in December of 2002.

A plan to close the burn pit and explosive burn area was approved in May of 2004. Both areas were verified as closed by the Division in September of 2006.

Ensign-Bickford entered into a Stipulation and Consent Agreement with the Division on December 1, 1995 to conduct Corrective Action at the facility. The work plan for investigating 44 identified solid waste management units was approved in June of 1999.

Ensign-Bickford has completed the investigative phase of corrective action. This effort focused on determining the presence or absence and the nature and extent of explosive compounds in site soils. The investigative report (RCRA Facility Investigation Report) was submitted to the Division in May of 2007. The report is currently under review.

In October of 2005, Ensign-Bickford was issued a Corrective Action Order that authorized the facility to thermally treat explosive contaminated soil with a mobile incinerator. 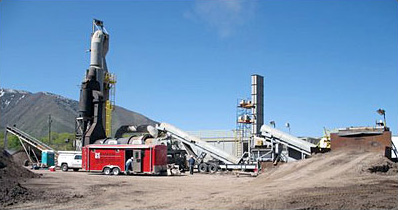 The incinerator completed operations in August of 2006. During operations, it treated nearly 90,000 tons of explosive contaminated soil. Ensign-Bickford has dismantled and shipped the unit on to next job site. Ensign-Bickford is continuing a program of excavating soil with low levels of explosive contamination and shipping it off-site to an approved waste management facility.

If you have any questions concerning corrective action at The Ensign-Bickford Company, please contact Hao Zhu (hzhu@utah.gov) (801) 536-0249.